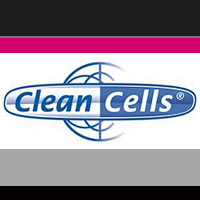 CLEAN CELLS acquires BE VACCINES and demonstrates its development ambitions

On March 1st, 2019, Clean Cells acquired BE Vaccines, a French subsidiary of the Indian Pharmaceutical Company Biological E. Limited (BE). Based in Saint-Herblain, BE Vaccines, which currently employs 46 people, has strong expertise in GMP, cell culture and virus production for a variety of applications, including the manufacture of viral vaccines and oncolytic viruses.

The BE Vaccines bioproduction facility, originally created by Valneva SE (ex-Vivalis) in 2005, was acquired by the Indian Company Biological E. Limited as a French subsidiary in 2013 in order to accelerate the technical development of viral vaccines (Measles, Rubella and Poliomyelitis). The site is now part of Clean Cells, enhancing the company’s know-how and knowledge of the biopharmaceutical market, particularly as a CDMO. Including technicians, engineers and researchers with specialist knowledge of bioprocesses, this new group entity will continue its activity with a range of services in the field of process development and the manufacture of clinical lots of viral vaccines, oncolytic viruses and other viral vectors. It will benefit, amongst other things, from the Clean Cells sales force and its collective development strategy, driven by values that greatly improve quality of working life and employee efficiency. Through its innovation and growth project, which focuses heavily on the human dimension, and with active support from ArchiMed, a new majority shareholder since October 2018, Clean Cells will continue to establish its positioning as a specialist in pharmaceutical biosafety, the production of cell and virus banks, bacteriophage therapy, and now, viral production.

This acquisition marks the beginning of a serie of initiatives to support the group’s strategy in the years ahead.

About Clean Cells
Clean Cells is a services company specialised in the viral and biological safety of biopharmaceuticals including recombinant proteins, therapeutic antibodies, vaccines, cell and gene therapies and phage therapy. Since 2010, the company has been focusing on the GMP production of cell and virus banks, often called “starting materials”, and in 2014 became a pharmaceutical establishment for manufacturing and controlling experimental biological medicinal products. In 2015 Clean Cells entered the phage therapy CDMO field. Clean Cells was the first company authorised to produce pharmaceutical grade bacteriophage formulations as part of the Phagoburn study for the treatment of severe burns patients.
www.clean-cells.com

About ArchiMed
ArchiMed is a healthcare private equity investment firm headquartered in Lyon. The 30-persons team comprising 10 nationalities was founded in 2014 by former 3i Healthcare leaders as the first independent, Pan- European private equity group focused exclusively on the healthcare sector. ArchiMed invests in all healthcare sectors, including Medtech, Biopharma, and Care Services. Over the last 30 years, the ArchiMed partners have directly managed and invested in more than 40 healthcare companies throughout the world, with a combined value above €5bn.
www.archimed-group.eu

About Biological E. Limited
Biological E. Limited (BE), founded in 1953, the first private sector biological products company in India and the first pharmaceutical company in South India. Originally incorporated as Biological Products Private Limited, BE is a globally recognized vaccine manufacturer and has supplied over two billion doses of vaccines till date all over the world. BE supplies several essential and lifesaving Vaccines and Pharmaceuticals to UN Agencies viz. UNICEF, PAHO and several global markets, and in India to the National Immunization Programme, various State Governments, PSUs, Indian Armed Forces and the domestic retail market. BE has a long and richly textured history of supporting public health programmes in India for over five decades.
www.biologicale.com